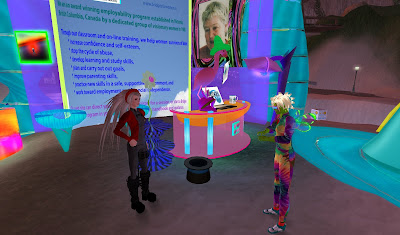 Every organization has a story to tell. But yours doesn’t have to be a bland, corporate-sounding video or canned sound bite. Even with limited resources, time, or skills, your nonprofit can tell a compelling story that captures the importance and impact of your cause — and we’ve got an event that will show you how!

Mark your calendars for TechSoup Global’s Digital Storytelling Online Event! This free event will take place across three separate platforms: webinars, forums and the virtual world of Second Life. The webinar portion will take place over two days: Wednesday, September 30th and Thursday, October 1st. The Digital Storytelling Online Event’s discussions will occur in the TechSoup forums with expert hosts from the webinars. You’ll have the opportunity to ask questions and engage on a deeper level with the event hosts.

Visit the event webpage. Register to receive email announcements about the event.

How Can You Participate?

There are a number of ways that you can engage in the free Digital Storytelling Event. You are welcome to join any or all avenues listed below:

* Join a webinar
* Enter the Challenge by creating a story, and be in the running to win one of our many fabulous prizes including: a Flip Video camera, Adobe software, mp3 players and more!
* Engage with the experts in the TechSoup Forums
* Follow the action on Twitter #tsdigs
* Attend the Challenge Screening and Awards party at TechSoup Headquarters in San Francisco or from Second Life

What do we mean by Digital Storytelling?

According to Wikipedia, “Digital Storytelling refers to using digital tools so that ordinary people can tell their own real-life stories.” Nonprofits are among the storytellers who are using digital tools to tell compelling stories, showcase their work, engage their constituents, and spread awareness.

10/1-10/16: Digital Storytelling Challenge submission period. Expert digital storytelling hosts will be available in the TechSoup forums to answer your questions

10/21: Winners announced and movie screening party in the virtual world of Second Life and live from San Francisco at the TechSoup headquarters

Our Partners
We are thrilled to be partnering with some of the most knowledgeable and cutting edge nonprofits and companies in the digital storytelling realm. The following partners have confirmed participation in the event:

How to Stay Informed and Contact Us:
Stay tuned on the event website, register to receive email announcements about the event, and follow the action on Twitter #tsdigs. If you would like to get in touch directly feel free to reach out to the TechSoup Team: tsdigs@techsoupglobal.org.