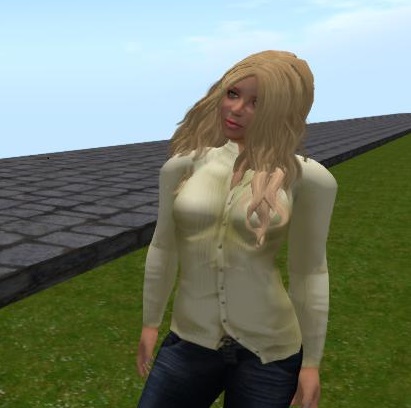 This Friday, May 9th, TechSoup’s NonProfit Commons in Second Life will feature Bente Milton (MissMilton Sicling in Second Life) who will present on the Virtual Folk High School and “Transition World”, which are projects focused on inter-generational, cross-cultural learning and mentorship.

Bente is a transmedia storyteller and producer whose work focuses on social change, sustainability and using film, media and virtual worlds to envision a globally connected and sustainable future. She has written, directed and produced a large number of high profile documentaries and films, including the mixed film/machinima movie My Avatar and Me (http://www.myavatarandme.com/). Her work has been distributed to more than 50 countries – and her films have been screened at some of the most prestigious film festivals around the world.

In January 2012 Bente Milton founded Skandha Media, a company that specializes in transmedia production, including design and implementation of virtual spaces for community building and education. Through 2012 Skandha Media served as strategic advisor for Sustainia in the buildup of their cross platform activities.

Bente Milton is co-founder of “Transition World”, which is a bold and exciting new arena for cross-cultural collaboration and co-creation.

Join us in Second Life!

AGENDA (all times below PT)

Following the meeting, there will be the opportunity to tour the project builds and be part of machinima filming related to the project.

The mission of the Nonprofit Commons in Second Life is to create a community for nonprofits to explore and learn about virtual worlds, foster connections, and discover the many ways in which nonprofits might utilize the unique environment of Second Life to achieve their missions.