Join us Friday, April 19th for the Nonprofit Commons in Second Life meeting featuring a field trip to both Lit Fest & Fantasy Faire. 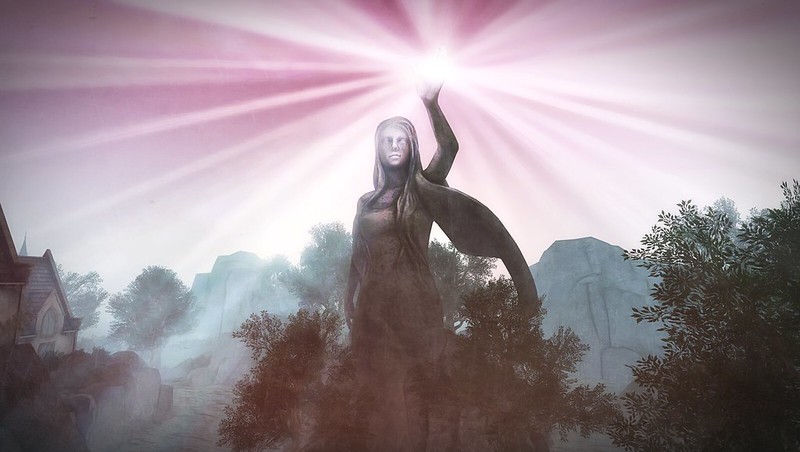 Celebrating its eleventh year, Fantasy Faire 2019 is the largest gathering of fantasy designers, enthusiasts, role-players and performers in the virtual world. From Thursday, April 18 to Sunday May 5, treat yourself to shopping, dance and theater performances, DJ parties, auctions, questing, our Literary Festival, fantasy art, events and role-playing as thousands of Second Life residents and creators bring their own visions together to support the American Cancer Society’s vision of a world without cancer.
Fantasy Faire has hosted the Literary Festival within it since 2015. It has featured speakers and workshops, authors and poets, special guests and region tours. It has celebrated the imagination and the works of Terry Pratchett, William Shakespeare, J.R.R. Tolkien and George RR Martin with their own days of events. This year they celebrate April 24th as a day of events around the author Ursula K. Le Guin! Lit Fest has escorted the curious through the Fairelands and encouraged them to put their discoveries into words.
Join us in Second Life!
Nonprofit Commons Weekly Meeting
Friday, April 19th, 8:30 AM PT / SLT
Plush Nonprofit Commons Amphitheater at http://bit.ly/NPCinSL
AGENDA (all times below PT)
The mission of the Nonprofit Commons in Second Life is to connect communities for social good through education, networking, and collaboration. http://nonprofitcommons.org