This Friday, November 11, the Nonprofit Commons in Second Life welcomes Lucas Gillispie to talk about his working bringing the sandbox game Minecraft into the classroom. Starting at 8:30am PST, come to the Plush Nonprofit Commons amphitheater (teleport link) for this interesting discussion on gaming and education, as well as announcements and news relevant to nonprofits and virtual worlds.

About Minecraft in School:

Lucas Gillispie is an Instructional Technology Coordinator for Pender County Schools in North Carolina. An educator for over a decade, Lucas is involved in several game-based learning projects in his district including the use of World of Warcraft to teach language arts, mobile gaming using iPads and most recently, using the independently developed building game, Minecraft.

Learners in Pender County Schools are tapping into creativity using Minecraft, a multiplayer, Lego-like sandbox game that allows players to easily explore the limits of their imagination. Fifth grade students from Topsail Elementary have been using the game as a foundation for discussing the elements of a functional civilization. Along the way, students are benefiting from a hidden curriculum in which they’re developing teamwork, leadership, and digital citizenship in an engaging and relevant game world. 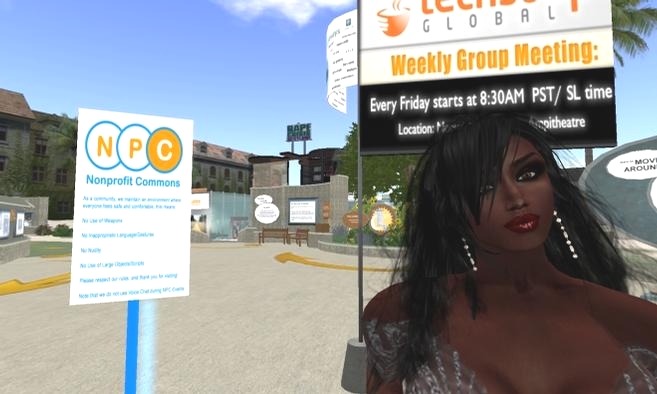 Take a horse-drawn carriage tour of Nonprofit Commons, an area that contains more than 150 nonprofit and social benefit organizations in Second Life.